Control Bionics: A New Paradigm in AAC for the Physically Impaired

Rob Wong, CEO
For people experiencing neuro-muscular disorders such as MND, ALS, spinal muscular atrophy, cerebral palsy, and spinal cord injury, the body can restrict the mind’s ability to communicate, limiting its interaction with the world around it. World-famous theoretical physicist and author Stephen Hawking had a particularly debilitating case of MND, forcing him into a wheelchair for the majority of his adult life. Hawking did not let this stop him and over the years tried many different way of accessing written and spoken communication, including eye gaze, to help him learn and convey his research to the rest of the world. However, as helpful as it was, the type of solution he leveraged—along with its other variants available in the market— was still limited in its capabilities, causing fatigue and strain in most patients desperate for alternative or improved solutions. Little was it known that the answer was secretly being pondered by Mr. Peter Shann Ford, the former CNN journalist and anchor, who was inspired by the potential to help free one of the world’s great minds, Stephen Hawking.

In 1999, Peter identified that the patients’ damaged muscles still emitted small electrical signals that could be used to reliably control basic computer functions. He started looking into electromyography (EMG), a technique to measure muscle response or electrical activity in response to a nerve’s stimulation of the muscle. In the case of individuals experiencing MND and similar conditions, an application of this EMG phenomenon shined a ray of new hope in how they could communicate and interact with the world around them. And with that, Control Bionics was born. Today, the medical equipment manufacturer develops innovative augmentative communication and control devices based on EMG for people with speech and movement disabilities. “Our entry into the assistive technology industry is based on our passion to serve those on the far end of the disability spectrum and the desire to drive the industry forward,” states Rob Wong, CEO of Control Bionics.

The company’s flagship device, the NeuroNode, is the world’s leading wearable EMG control switch, allowing users to use EMG for spatial control to increase communication and speed significantly. The solution works by measuring activities from the muscles—with current as feeble as 0.0000001 volts. This means that it can cater to people who have conditions like ALS with virtually no physical muscle movement on their body. In addition, it can easily register a signal with often no physical movement being seen of the muscle itself. With it, Control Bionics is able to combine gaze technology with the NeuroNode device to provide faster speed and ease of use.

The NeuroNode is part of a 3-in-1 solution called the NeuroNode Trilogy which consists of a touch control, eye control and the NeuroNode3 control, working in tandem with each other to the needs of any and all patient types. The system includes a 10” unrestricted display device, built in communication software, the NeuroNode EMG access device and all related accessories. As a wireless wearable device, the NeuroNode can be placed on the body in multiple locations or in multiple methods. It is quite compact and can be positioned on the ear, calf muscle or on the toe.

With NeuroNode3, users can gaze freely to move the cursor across the page and use the NeuroNode device to signal ideas quickly. Users can look at a specific area and then make a signal with the NeuroNode device by moving the target muscle to select the message, word, or letter being looked at. As Wong puts it, “Our differentiator is that you have multiple ways to communicate with the computer. This means that for different users with varying capabilities, one or a combination of those access methods can be used to communicate. The multiple access methods allow for flexibility through the day, or life of the user.”

With the Control Bionics solution, users are able to communicate with friends and family, send and receive emails and text messages, browse the web, watch videos and movies, read the news, play games, control their home environmental control systems and more.

The device has been widely successful and has a legion of heart-warming stories behind it. One young lady experiencing NMD was unable to go up past third grade because she couldn’t communicate effectively in the classroom. It took up too much time for the teacher to keep her going at the same pace as all the other class members. Wong was invited to go to New York and see whether NeuroNode could help her be successful in communicating. She had had a very small amount of movement in her left finger, and Wong was able to place the device on her forearm. Within minutes, she was able to control the computer and get past limits previously experienced by her.

The company takes these victories as motivation to develop further technologies to help an even wider scope of individuals. Their longer-term objectives are aimed at a product line that can offer disabled persons control over their environments as well as their voices to enrich their lives. Control Bionics’ devices are available in the US, Canada, Australia, and Japan, but will continue to expand into international markets. Ultimately, the company wants to go beyond helping patients with their communication, and harness their technology to enable people to access the world around them. 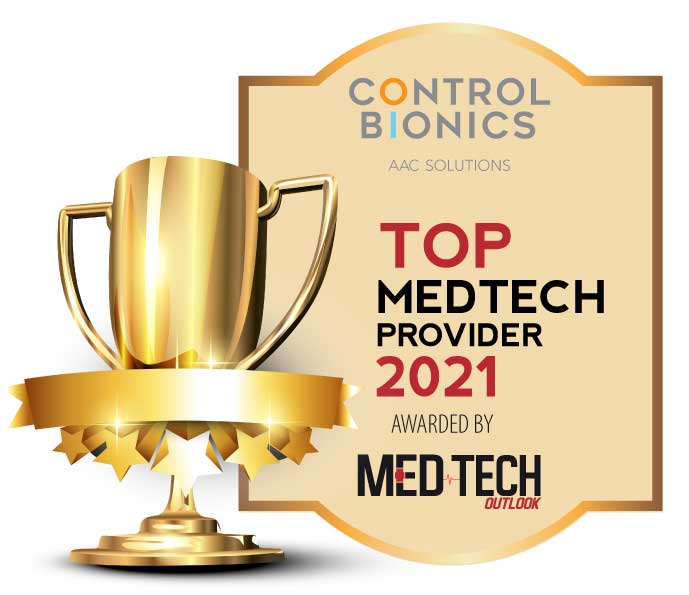 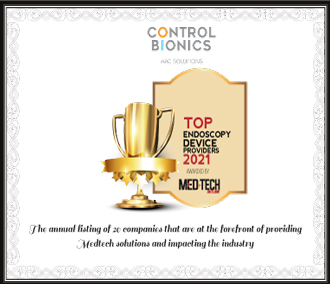