Peter F Travers, Founder and CEO
Today, with extraordinary advances achieved in the realms of diagnostics and medicine, the once thoroughly incurable disease of cancer has become relatively manageable for some forms of the disease. Innovations that can detect cancer cells at a very early stage are key to this, along with newly evolving technologies that are breaking from the traditional approach of chemo, radiation and surgery.

One such innovation is called tumor-treating fields (TTF). The mechanism of TTF action on cancer cells involves applying a tuned alternating electric field at specific frequencies and power density to disrupt cancer cell division. This innovative treatment has been successfully utilized as alternative to existing cancer therapies. One of the key benefits of TTF is that it has none of the harsh side effects associated with traditional approaches.

However, while currently deployed TTF technology has been used effectively on primary cancers (brain cancer in the brain, lung cancer in the lungs, liver cancer in the liver, etc.), The limited nature of commercially available TTF devices keeps it from being applied to diffuse metastatic cancers. 90% of cancer patients will die from metastatic spread, not from their primary tumor.

The landscape for metastatic patients is set to change due to Florida-based LifeBridge 10000, through Its programmable and adaptive TTF device. Its technology is patented in eight countries and is designed from the ground up to extend and improve the quality of life for patients who have advanced cancers.

The company’s device (the LB10000) is powered by its patented Adaptive Tumor Treating Field (ATTF) system that can optimize the delivery of the TTF field through multiple tumor locations in the patient’s torso. By using advanced software control and individually addressable array elements, ATTF can move and focus TTF therapy anywhere there is metastatic spread. The patented system also can increase the number of angles that the TTF therapy is delivered through a tumor, which has been shown to speed up tumor reduction. Finally, their ATTF system can focus the TTF field in three dimensions, putting the most therapeutic part of the field directly into the tumors – something existing TTF devices cannot do. “By delivering all the advantages of current TTF therapy without any of its drawbacks, our LB10000 device has been rightfully called the 2.0 version of TTF,” says Peter F Travers, founder, and CEO at LifeBridge 10000.

The development of ATTF, the 2.0 version of TTF, has an inspiring backstory. It all began in 2012 when Peter was searching for a way to keep Laurie, his wife, alive. At that time, Laurie had struggled with stage 4 breast cancer through nine reoccurrences and periodic chemotherapy and radiation sessions for 15 years. She had run out of options since chemo had stop working and radiation can only be used a limited number of times without severe crippling cumulative damage. By late-2012, the cancer in her pleura around her lung was causing so much fluid build-up that it was almost impossible for her to breath without having fluid withdrawn from around her lungs every three weeks. During this period, Peter learned of TTF therapy and the preclinical studies showing it was effective at treating 18 different types of cancer. But after reaching out to the company offering TTF, he was told that TTF would not be available for someone like Laurie for at least another TEN years.

By delivering all the advantages of current TTF therapy without any of its drawbacks, our LB10000 device has been rightfully called the 2.0 version of TTF

Undeterred, Peter formed a team, to build their own TTF device that could treat Laurie. They built and refined multiple versions of their TTF device. Not only where they able to resolve the cancer in her pleura, they were able to give her a high quality of life. She resumed work and lived an active family and church life. But as time went on, new tumors broke out in areas that could not be treated using current TTF technology. It was not adaptive enough to handle multiple tumor clusters at once - so they had to make the excruciating decision to let some tumors grow so they could treat others. The team knew there had to be a better way and set out to reimagine what TTF could do. Laurie passed away in 2016, before their new version of TTF was perfected. She always encouraged her husband and his team to continue their work after her death so that they could help millions of late-stage cancer patients just like her. And that’s exactly what they did.

“Our device enables us to control the TTF field placement in all three dimensions, over multiple diffuse tumors in a single therapy session. This is critical for the treatment of diffuse metastatic disease. No other TTF system can do this and it’s protected by our patents,” adds Peter.

At the same time, LifeBridge’s patented ATTF technology also addresses the Achilles heel of TTF – heat generation in the array elements. Adaptive software reduces every element’s duty-cycle, which in turn keeps the system much cooler and allows it to offer optimal therapy over longer periods. Yet the LifeBridge system keeps all the core benefits of TTF therapy. It does not lead to harsh side effects that are common with chemo, radiation, and surgical interventions. “There is no nausea, no hair loss, no chemo brain with TTF,” explains Peter. TTF works by disrupting cancer cell replication, yet has no effect on healthy tissues.

Currently, LifeBridge 10000 is in its preclinical stage. The FDA has granted the company’s ATTF technology a rare “basket-trial” status. This allows LifeBridge’s human clinical pilot study to treat up to 14 different asymptomatic metastatic cancers in a single trial. “We are in the process of completing our Investigational Device Exemption (IDE) requirements needed to begin our pilot study on 36 patients. We expect that within six to eight months, we will have our IDE and will begin human trials six months after that,” states Peter.

LifeBridge’s mission is to enable doctors to effectively target multiple tumor locations in reoccurring asymptomatic patients and bring patients back to remission—keeping them in a long-term asymptomatic state. “There is a huge unmet demand for effective therapies globally from metastatic patients. Most have run out of options and their survival is on the line. We can offer them survival – high quality survival at that,” continues Peter.

Moving forward, LifeBridge 10000 aims to follow a well-defined go-to-market path to get a commercial offering out to patients by 2025. To follow through with this, the company plans to bring in seasoned C-level leadership to bring their ATTF therapy to a global market. They are also open to collaborating with leading and emerging MedTech firms that are interested in licensing and distribution. According to Peter, LifeBridge has already been approached by a multibillion-dollar MedTech company to buy the company and its innovative patented technology. But the LIfeBridge team and its investors see too much value creation on the horizon to sell the company now.

To conclude, Peter reiterates the mission of his company, “We believe that our innovative technology can transform metastatic disease from a terminal prognosis into a manageable disease like diabetes.” 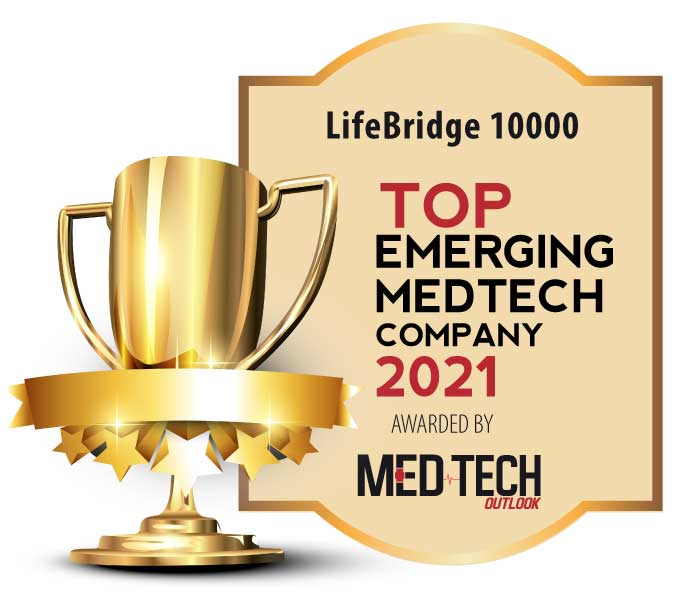 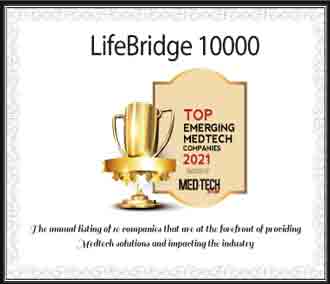